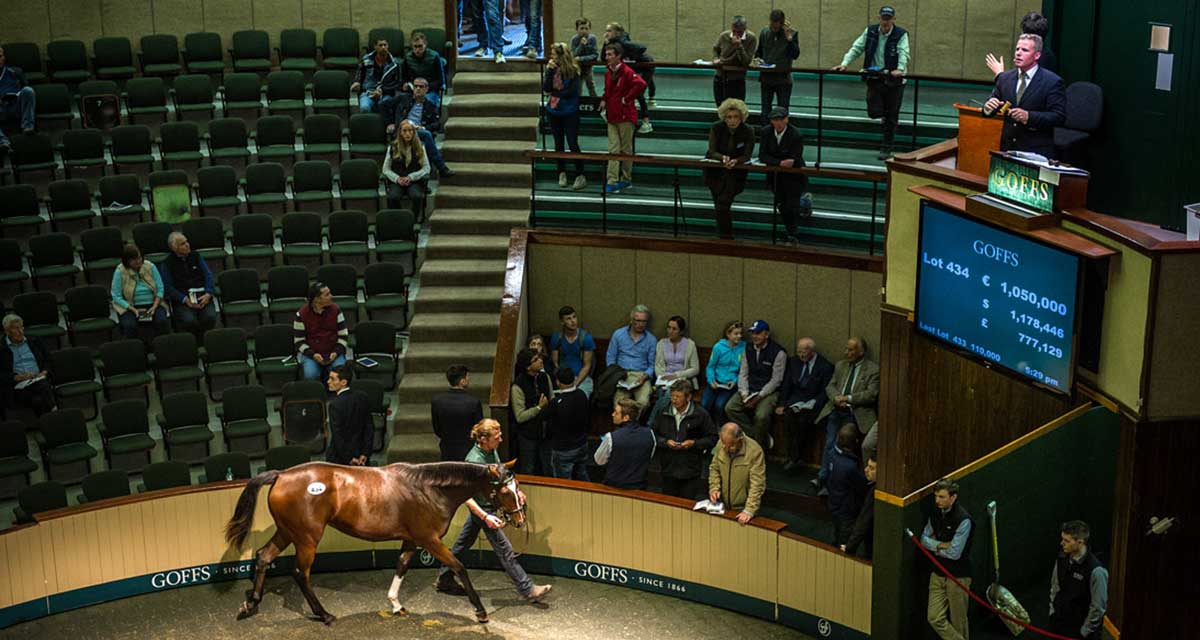 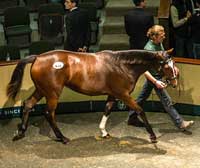 2014 GALILEO - STARLIT SANDS filly, consigned by Staffordstown at the Goffs Yearling Sale in 2015 when purchased by Oliver St Lawrence for €1,050,000. 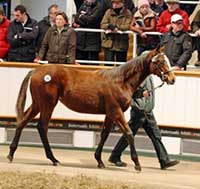 Kirsten Rausing’s St Simon Stud consigned the top filly foal at this year’s Tattersalls December Foal Sale.  The beautifully bred filly by OASIS DREAM out of ALBANOVA was sold at 450,000gns.  She was definitely one of the highlights on paper being out of ALBANOVA, a triple Gr.1 winner in Germany herself own sister to dual Champion Stakes winner ALBORADA out of Broodmare of the Year ALOUETTE  a daughter of the fabulous ALRUCCABA.   There was plenty of interest in her from Tom Goff, Gary Norton (representing Sir Robert Ogden), Philip Mitchell of Juddmonte and John McCormack.  It was Kentucky-based David Ingordo, acting for Australian businessman Paul Fudge whose bloodstock interests go under the name of Waratah Thoroughbreds, who secured the filly and in doing so he said “She’s a princess, let’s hope she becomes a queen, fillies like her don’t come onto the market very often, she is a gorgeous filly exactly what you want for a long-term broodmare prospect.  She came from a great farm.”

2011 HERNANDO - OVAL OFFICE colt, consigned by Staffordstown topped the Goffs Sportsman Sale in 2012 when purchased by Stephen Hillen for €75,000. 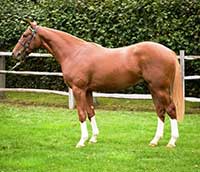 2009 SMART STRIKE - SUMMER NIGHT colt, consigned by Staffordstown and purchased by Shadwell for 200,000 gns at Tattersalls October Yearlings Book 1 in 2010. 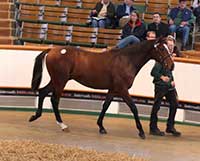 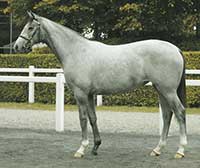 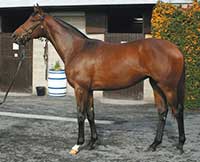 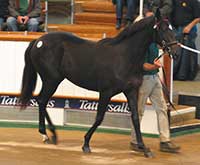 KEY OF LUCK – ALLELUIA colt, consigned by Airlie (jointly bred by Lanwades and Airlie), sold to Charles Gordon-Watson for €900,000..
She was the 2nd highest-priced yearling filly in England in 2006
Named ALVEE

Lanwades often has Thoroughbreds of racing age and breeding stock for sale. Should you be interested to purchase, please contact us on info@lanwades.com with your requirements (age/sex/price range/etc) and we will respond as soon as possible.